Last week, we had the opportunity to visit New York and Washington. First, we went to the United Nations in New York City. We toured the General Assembly and other meeting arenas. We learned about what the UN does to help countries around the world to achieve the Sustainable Development Goals by 2030. For example, we learned that rapid economic growth in countries such as China and India has lifted millions out of poverty, but progress has been uneven.

We also had a meeting with Jorge Chediek, the director of the UN Office for South-South Cooperation, and a Fulbrighter himself. He explained to us his work there, which is to facilitate collaboration between developing countries as well as with the developed countries through a process called “triangulation.” He also explained how we can be involved in UN activities. Then, we visited Ambassador Martin Garcia Moritan, who is the outgoing ambassador of the Permanent Mission of Argentina to the UN. We talked about Argentina in the United Nations, focusing on history and challenges for the future.

While in New York, we visited the Museum of Modern Art, the Natural History Museum, the 9-11 Memorial, and iconic places such as Central Park and Time Square as well as the extraordinary centerpiece of Hudson Yards, its spiral staircase, “the Vessel.” This interactive artwork was imagined by Thomas Heatherwick and Heatherwick Studio as a focal point where people can enjoy new perspectives of the city and one another from different heights, angles, and vantage points. We witnessed the most amazing sunset over the Hudson River. 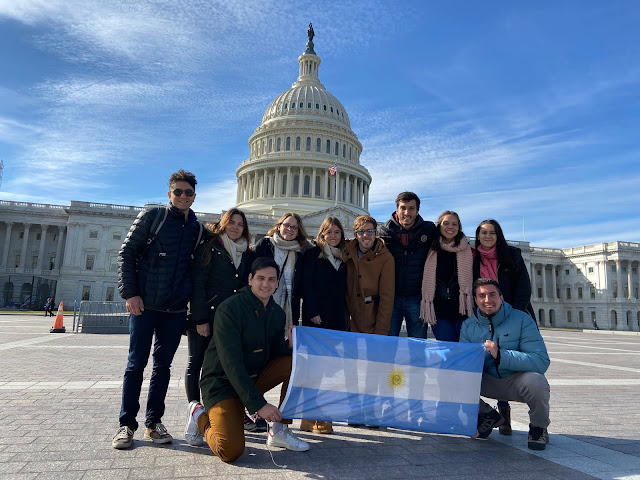 Our second stop was Washington, D.C. We visited the Virginia Tech Washington-Alexandria Architecture Center, where the director, Susan Piedmont-Palladino, showed us the building with its studios, library, and workshops and we discussed with students are doing. She had invited two Argentine architects, alumni of WAAC. Most of the current students are also working due to high demand.


We had a historical tour of Old Town guided by Paul Emmons, associate dean of graduate studies. One of the most interesting historical buildings is the Christ Church, built more than 235 years ago. It was the church where George Washington worshiped. The Civil War altered life at Christ Church. When the U.S. Army occupied Alexandria in 1861, it seized many churches for use as hospitals or stables. However, the reputation of Christ Church as Washington’s place of worship preserved it as a church where U.S. Army chaplains conducted services. Parishioners who remained in the area worshiped elsewhere. In 1866, Christ Church, its interior intact, was restored to its parishioners. President Franklin Roosevelt and Prime Minister Winston Churchill visited the church in 1942.

After that we visited the World Bank in downtown DC, and we had lunch with Antonio Blasco, who has been a public sector specialist and financial manager for the bank for more than 20 years. He explained how the World Bank works, the different agencies that are part of the World Bank group, such as the Multilateral International Guarantee Agency, the International Finance Cooperation – the private sector arm of the WB – and the International Monetary Fund, among others. Our visit coincided with the Korean Innovation Week, so we had the chance to visit the exhibition and consult some of the stands and presentations.

Finally, we met Minister Gerardo Diaz Bartolome at the Argentine Embassy. He received us in a very warm way and made us feel like we were at home. He described the different functions of the Embassy and how they can help Argentine people in the United States. In our free time, we walked around Georgetown University and went to see the Lincoln Memorial, the Holocaust Memorial Museum, and the National Air and Space Museum. During our last day, we had a tour of the U.S. Capitol and the Library of Congress.


Overall, it was an amazing week considering all the meetings we had and all the places we visited. This trip made us reflect about our lives and our futures. It had a big impact on us. We are sure we will always cherish these memories.
Posted by Rich at 3:10 PM 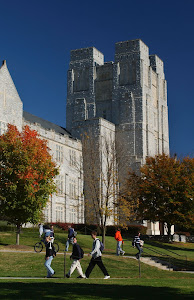 Enter your email to receive posts from this site: